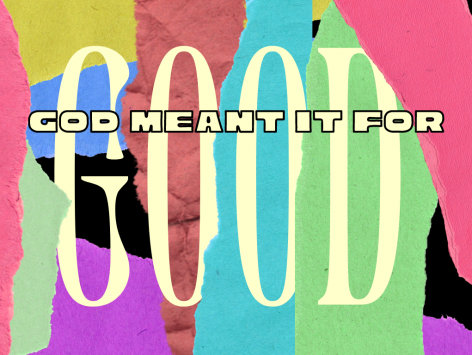 The story of Joseph shows the sovereign hand of God at work in the mess of ordinary life. The story includes fierce sibling rivalries, parental favouritism, lies, abuse of power, faithfulness in low positions, faithfulness in high positions, forgiveness and reconciliation. Joseph is sent down to the lowest place but in the process learns humility and continues to serve God, and God brings him to a position of impact and influence where he can save a lot of lives, including the very brothers who had betrayed him in the first place. At the end of the story, Joseph reflects that despite the evil intention of his brothers, God had meant everything that happened to him for good. This is the primary theme of the story that the series will draw out; God’s sovereignty through all the ups and downs of life.

A second big plot device in the story is the dream that Joseph shared right at the start of the story of his brothers bowing down to him. In the context of Genesis this can be seen as a pitch to inherit the blessings of Abraham. Even though later in the story we see the dream fulfilled physically, the twist comes when Jacob pronounced blessings on his sons and it is Judah to whom the brothers will bow. This casts the whole of the story in a different light, and the seemingly random cameo appearances of Judah throughout the story now carry a much bigger weight as his own development as a character intertwines with Joseph’s story.

This sermon series spends seven messages focussing on how God was working in Joseph’s life with two sermons following the Judah story along the way.