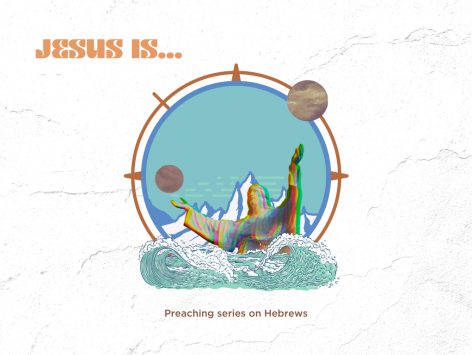 Sometimes it can feel like following Jesus is getting harder. There can be a pressure to conform to certain cultural ideas, and Christianity doesn’t always fit.

This pressure would be very familiar to the Hebrew Christians (probably) in Rome. They lives in a context where worship of the Roman gods was expected from all, with only the Jews having a get-out, and so there was opposition and persecution for an explicitly Christian faith.

The temptation was to downplay the distinctives of Christianity and to slip back into something much closer to old covenant Judaism.

In this series we look at the letter written to these Christians in this context. The (unknown) author goes to great lengths to highlight just how superior Jesus is to anything that has gone before. Despite the pressure, downplaying the gospel is not the answer, but rather continuing in the course by his strength, just like many who have gone before us.

How to Preach on ... Hebrews

Jesus Is... The Final Word

Jesus Is... The Better Human

Jesus Is... The Rest Giver

Jesus Is... The Great High Priest

Jesus Is... Our Advocate

Jesus Is... A Better Covenant

Jesus Is... The Sacrifice

Jesus Is... How We Keep Going

Jesus Is... A Hope to Live For

Jesus Is... An Endurance Runner

Jesus Is... Shaker of the Earth

Jesus Is... Worth Living For