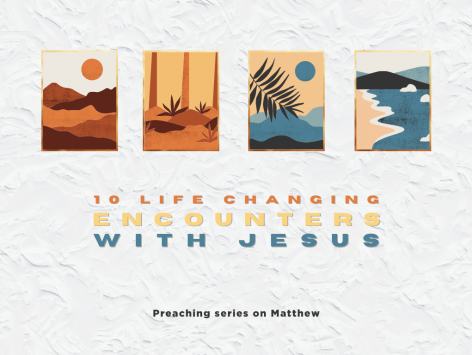 A few years ago, a survey was done about who is considered to be the most influential person to have ever lived, and it will probably come as no surprise that in first place was Jesus Christ.

His historical impact has been unparalleled. Kings and rulers have pledged allegiance to him. Schools, universities and hospitals have been built in his name. He is worshipped across the whole earth and through the centuries. Time itself is split in two around his birth. Even more than this, his personal impact in unparalleled. Countless people have stories to tell about how their lives have been transformed by him.

How to Preach on ... Gospel Narratives

A Man With a Withered Hand

A Woman With Perfume

How to Preach on ... Gospel Narratives
The Disciples
A Leper
A Centurion's Servant
A Paralysed Man
A Man With a Withered Hand
Peter, James and John
The Rich Young Man
A Woman With Perfume
The Centurion
The Two Marys