In this session, David looks at differences in culture from a Western Perspective. Sharing stories from his own travels and others, David illustrates how culture is every part of our lives through how we dress, how we interact with others and more.

If worldview change, then a contextualised church and contextualised godly behaviour will look different, stylistically etc. and will reflect the local culture but the gospel will have affected the deepest level so the difference in cultural expression represents a totally valid model of New Testament values and a Biblical Christian worldview. 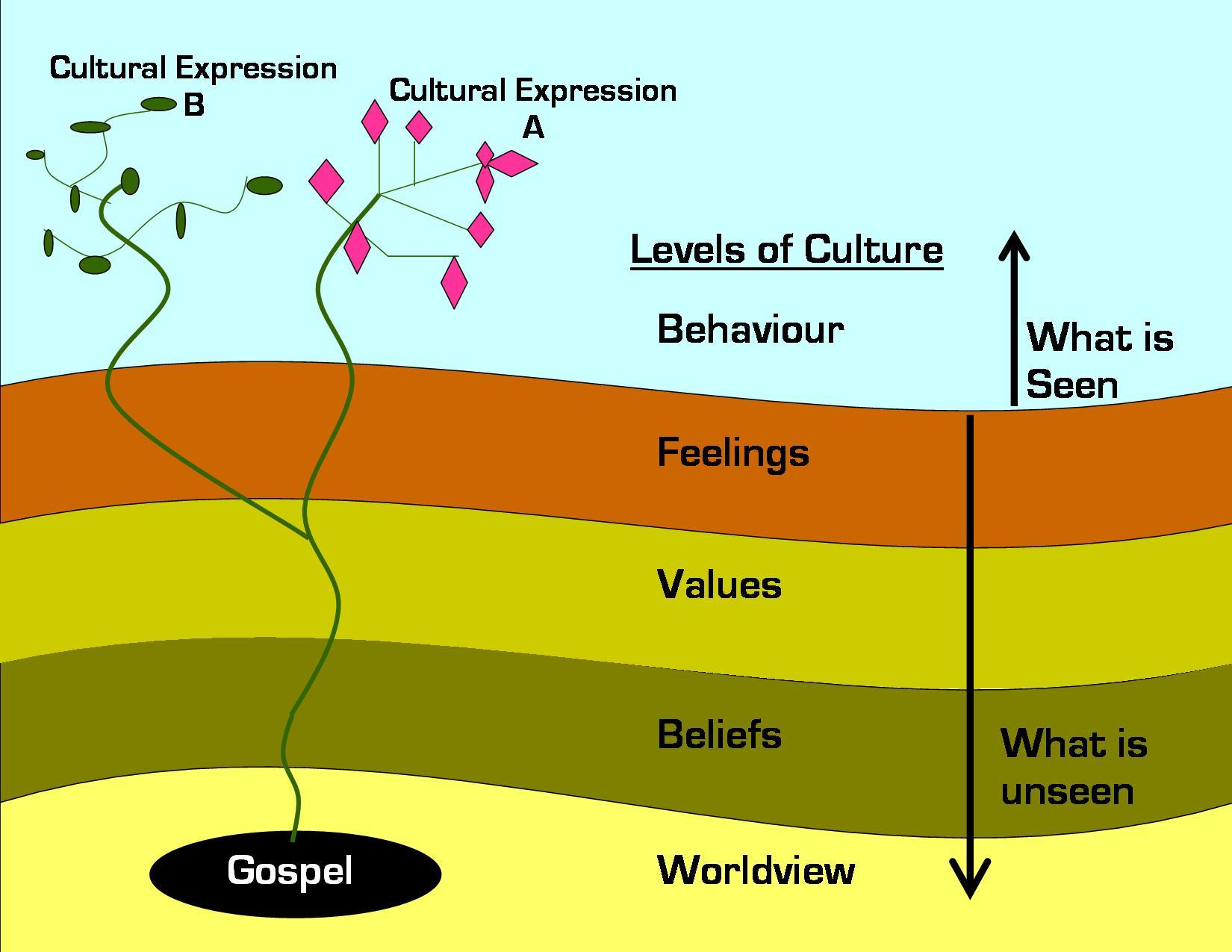 Explain (including explaining contextualization) and show where we may have failed to effect change at deepest level by concentrating on other levels.  Hence why that had not happened in Pakistan water bottle story.  So also legalism and food offered to idols stories.  Story from Papua New Guinea re “get God off your back”.

Hence to copy the externals of a local church in another culture (e.g. Western in 3rd world settings) could actually not involve worldview change.  Similarly we get so used to our own (Western) worldview that we don’t appreciate where our church life and discipleship is affected by our own worldview – e.g. consumerist expectations, divided rather than holistic view of life and family “private” Christianity, gospel assented to, decision made, but not affecting whole of life.

“Such changes are important as evidence of conversion, but it became clear that these did not necessarily mean that underlying beliefs had changed.  People could adapt their behaviour to get jobs, win status, and gain power without abandoning their old beliefs.  They could give Christian names to their pagan gods and spirits and so “Christianize” their traditional religions. [1]

How did Jesus and Paul do it?

A) By telling stories - importance of changing the story by which people live – so close link between this and teaching on oral culture.

Examples of Jesus undermining the story:

B) By apostolic and prophetic revelation - foundations

Who we are in Christ:-

Paul prayed for people to understand this Ephesians 1:17-18 and their change of worldview – hence change of behaviour accomplished as a result e.g. Ephesians 4:1, 20-24

C) By demonstrating a different lifestyle

Leadership “signals” differ from culture to culture so this is one of the hardest things to do.  Often we fail to raise up leaders from other cultures because we are not looking for the right signals.  E.g:

7/ Godly Character however is always required whatever the culture. So leaders are to be examples in calling etc.

Good leadership is essential for missional communities of disciples. They are to be examples in calling, character, hard work and mission. In Timothy it actually says “must have a good reputation with outsiders”.

8/ Leadership Style is often modelled on the culture, rather than the Bible.